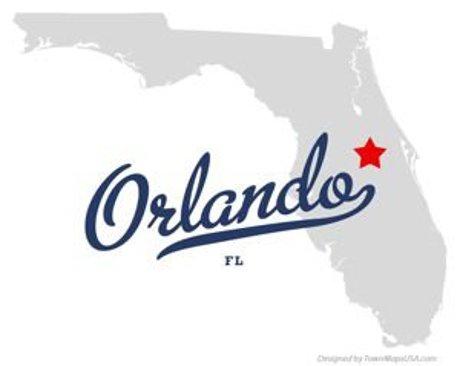 Downtown Orlando is designed for fun, function, and convenience with excellent public transportation options, plenty of entertainment to enjoy, and gorgeous views from your neighborhood. It’s not only the central business district of the city, but it’s also the historic core. You can find the downtown neighborhood bordered by Mills Avenue to the east, Orange Blossom Trail to the west, Marks Street to the north, and ranging down to Kaley Avenue to the south.

Whether you want to live in the Uptown area, the Central Business District, or another enclave of downtown, you’ll find that living here is exciting, enjoyable, and popular. Why not live in the place everyone wants to spend their free time visiting? Take a look at why many are calling Downtown Orlando home.

All About Downtown Orlando Living 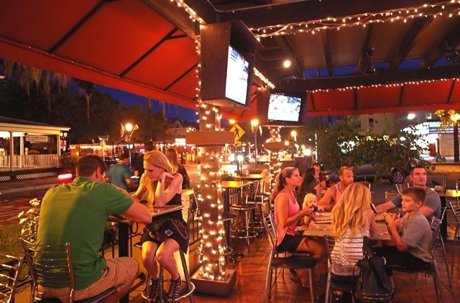 Downtown Orlando is home to the five enclaves of neighborhood options. You’ll find the northern area containing Uptown, a popular choice for those that want to be near great schools and parks.

You’ll find the area to the west features the Parramore area which is known for being the historical hub. Parramore is full of offices, education facilities, sporting and entertainment venues including the Amway Center, home of the Orlando Magic, Camping World Stadium, home of the annual Citrus Bowl and the new Orlando City Soccer Stadium which is currently under construction. The eastern part of Downtown features the majority of options with neighborhoods like Thornton Park, Lake Ivanhoe, and Lake Eola. Eola is the spot for events and festivals and Thornton Park is known for the history and the exclusive restaurants and boutiques. 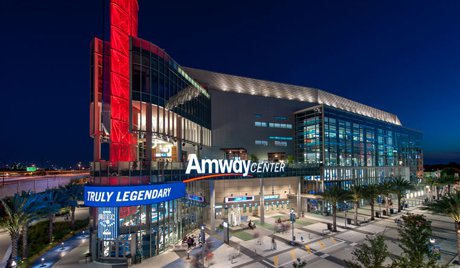 Lastly, you may want to look at the Central Business District, recognized as being the Financial District of Downtown where major corporations live and a majority of the nightlife can be found.

Downtown Orlando features about 18,731 residents as of 2010 and it’s only growing. The area is about 5,123 square miles in size and it’s the largest urban center in Central Florida. Folks living here are often called “downtowners” and these folks are commonly young professionals and urban dwellers. Since the area is a cultural hub with major corporations and full of high-rise living, it typically appeals to young professionals that want to live close to where they work. 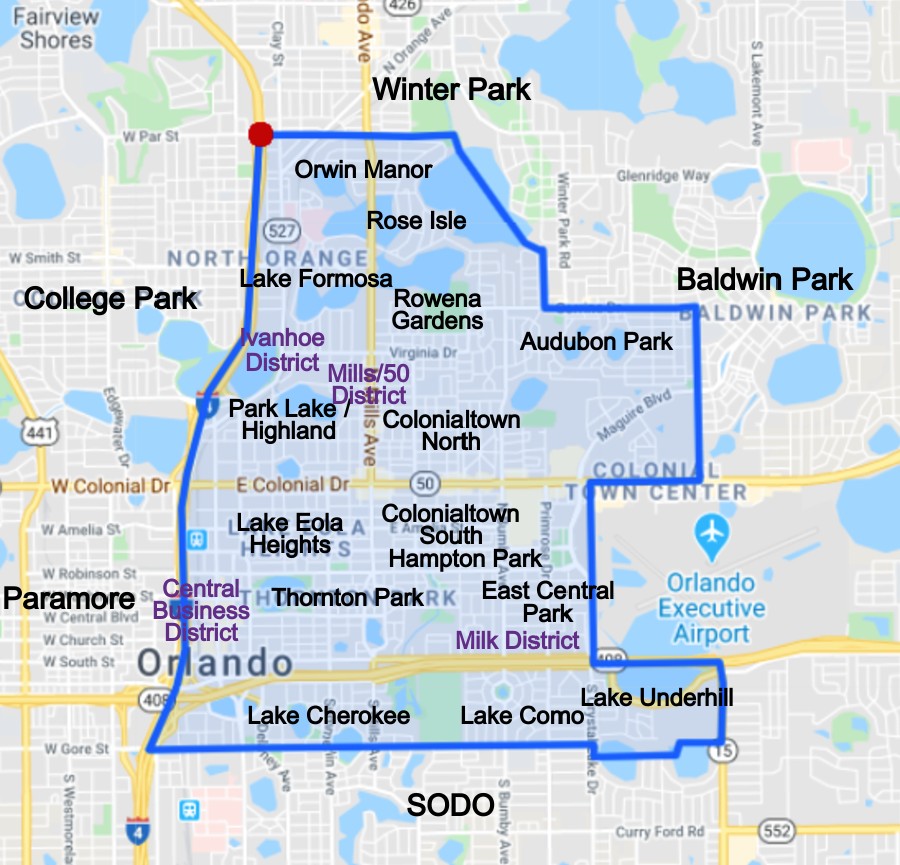 What to Expect in Downtown Orlando 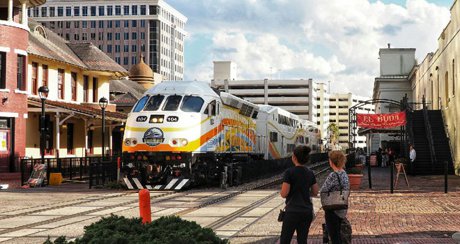 The area is full of exciting skyscrapers such as the Suntrust Center, the tallest building in Central Florida, and 45 others right in downtown. You’ll find 79 total in Greater Orlando with the bulk being in downtown. Folks love using public transportation options such as the Lynx Bus, the Amtrak Rail, and of course Orlando Executive Airport for flights. 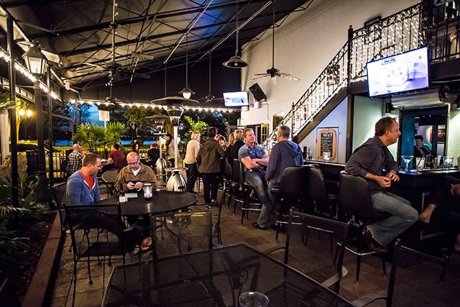 The area is also in reach of three main highways and byways including the SR 408, SR 400, SR 527, US 17, US 441, SR 15, and more. It makes commuting much simpler for those living outside of the area. Downtown Orlando features several places of worship, hospitals, universities, and public and private school options. You’ll find it easy to raise a family with schools nearby, places of interest like the Orlando Science Center and the Orlando Shakespeare Theater.

Arts and culture are prevalent here with public art found all around downtown, events like area Film Festivals, comedy stops, theaters, history centers, and so much more. You won’t run out of things to do in downtown Orlando. 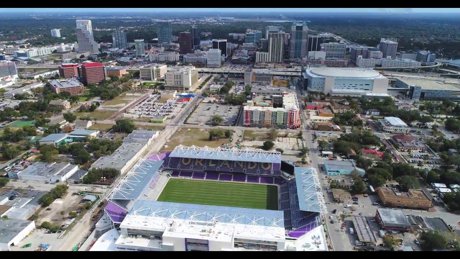 In addition to the culture, the upscale shopping, the exciting nightlife, and the sports arenas, you’ll find that living here offers just about everything you could dream of. Relax on the brick-lined streets of Thornton Park, attend the Orlando Farmers Market in the South Eola District, live in the middle of historic structures in Lake Cherokee Historic District, enjoy the retail and culture of the business hub found in the Central Business District, or enjoy professional sporting events in the Parramore community.

You’ll find all of the conveniences of everyday living such as groceries, daycare, parks, and transportation, along with the excitement only found in Downtown with culture, arts, entertainment, and skyscrapers. Downtown Orlando has it all and you can live, work, and play here in one of these exciting communities.

THIS IS ONE OF THE HOTTEST MULTIFAMILY LOCATIONS IN CENTRAL FLORIDA-Thornton Park Near Lake Eola is fetching some of the highest rental rates in Orlando and this premium ...

Downtown Orlando Mixed-Use Portfolio. This is a diversified 1.40-acre collection of 11 parcels within the Innovation District. Walking distance to Creative Village, Orla...

Here is a once-in-a-lifetime opportunity to live cantilevered over Lake Rowena. Designed to benefit from a lake view from every room in mind, this 1974 Mid-Century Modern... 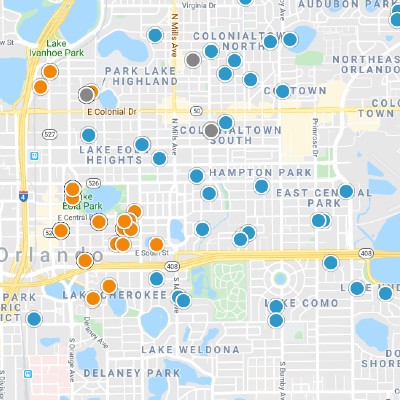 ALL about Downtown Orlando!